Anthony Bourdain’s ‘lieutenant’ on finishing his travel guide without him: ‘Every single interview taught me something new and surprising about Tony’

by admin
in Culture
0 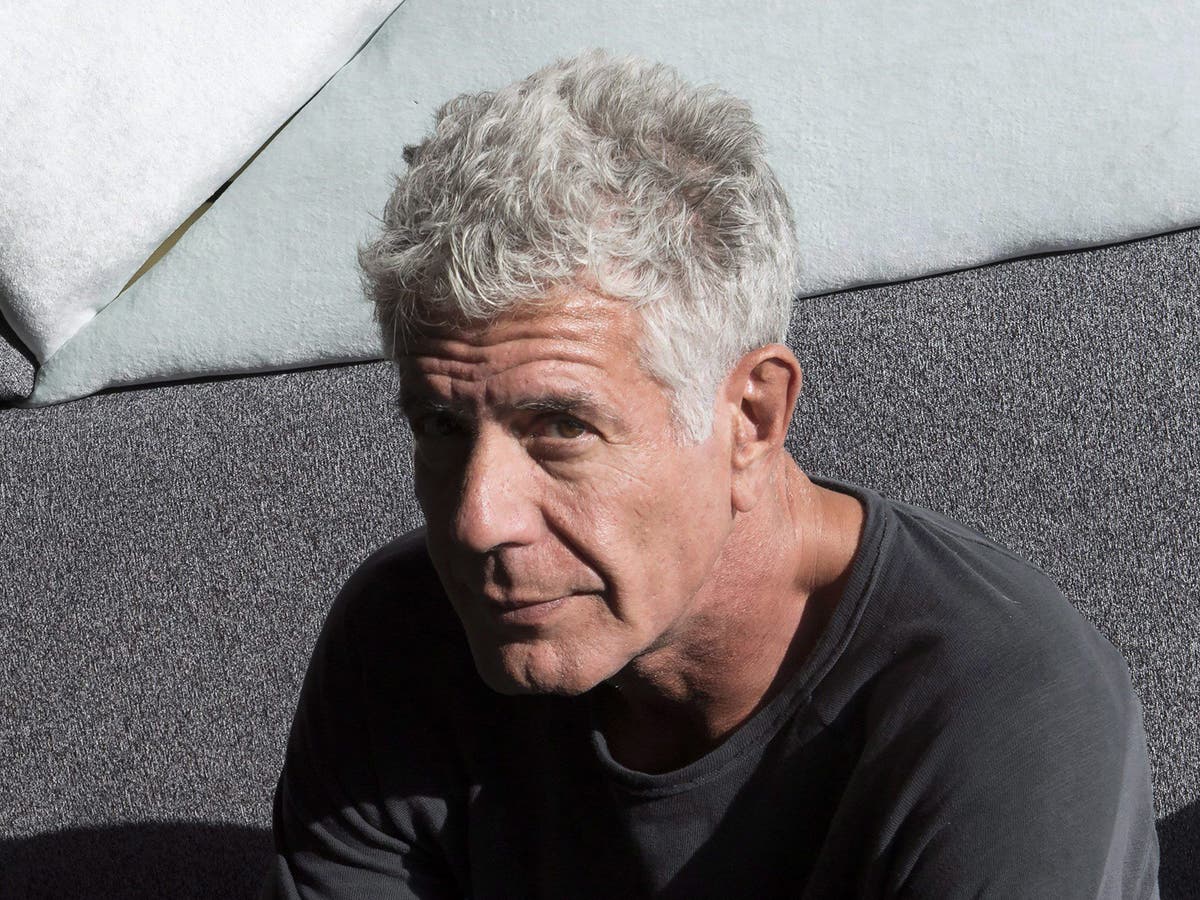 ne afternoon in the spring of 2018, Anthony Bourdain sat down at his dining table in the Manhattan high-rise apartment he’d lovingly styled after a bungalow at one of his favourite hotels, the Chateau Marmont in Hollywood, to begin work on his first travel guide. Across the table, armed with a longlist of every country the former chef had visited since 2000 while making his acclaimed gonzo travel shows A Cook’s Tour, No Reservations and Parts Unknown, was Laurie Woolever, Bourdain’s longtime assistant and co-author, whom he often referred to as his “lieutenant”.

Woolever and Bourdain first met in 2002 when her former employer Mario Batali recommended her to him as a recipe tester and editor for his first book of recipes, Anthony Bourdain’s Les Halles Cookbook. They next worked together in 2009, after Woolever had a child and decided to leave her job as a magazine editor. An optimistic email looking for part-time work sent to various contacts brought just one reply: from Bourdain, who empathised as his own daughter was just a year older, and offered her a job as his assistant. Her role grew over the years and after co-writing the best-selling 2016 cookbook Appetites, Bourdain and Woolever were looking for another project. A travel guide seemed a natural next step. “We wanted to bring together some of the best and most interesting places that Tony had seen in all his time travelling the world,” remembers Woolever. “He was extraordinarily busy, so to get that hour [to work on the book] felt very, very precious. I had no idea at the time that that would be it.”

That was to be the only meeting they’d have about the book before Bourdain’s death by suicide in June, after which Woolever quickly came to the conclusion that the best way to honour his legacy would be to press on and finish the project based on the blueprint he’d furnished her with. “There really wasn’t any question that the book wouldn’t be completed,” she says. “After the dust settled and people in the realm of Tony got our bearings a little bit, it just made all the sense in the world to at least try and move forward with this book. I was willing to see if we could still do what we had set out to do, even though obviously Tony was no longer going to be there to participate.”

The result, World Travel: An Irreverent Guide, brings together Bourdain’s sharp-witted reflections on 43 countries – culled from his television narrations or previously published writings – along with a bit of practical guidance on airports, the availability of public transportation and how much a local taxi is likely to set you back. At the end of the book, a fascinating appendix collates all the films Bourdain referenced when shooting in each place. His curated list of destinations is an idiosyncratic one – the city of Salvador, for example, is the sole location featured in the chapter on Brazil. While clearly all the places included are favourites, Woolever is at pains to point out that the book shouldn’t be considered a definitive rundown of his top trips.

“There were a lot of places that he really loved that for one reason or another it didn’t make sense to include,” she says. “He had a beautiful experience in Iran, for example, but most of what he did there was meet people in their homes, or in cafes that weren’t necessarily remarkable. Unfortunately, not a lot of Americans or Europeans are travelling to Iran right now, so that’s a place he loved where it didn’t make sense to do a chapter.”

The original plan had been for Bourdain to contribute a number of essays to the book on topics close to his heart – his lifelong love affair with France, the eccentricities of various European palates and even some thoughts on the various countries in which he found himself no longer welcome. (He was blacklisted from Azerbaijan in 2017 after visiting the disputed territory of Nagorno-Karabakh.) In lieu of those unwritten essays, Woolever turned instead to Bourdain’s friends and family. Some of the featured pieces are deeply personal, like Bourdain’s brother Christopher reminiscing about the time they spent together in France, Uruguay and the New Jersey shore, or No Reservations producer Nari Kye reflecting on the new appreciation for her Korean roots she gained during a shoot in Seoul. Others, like Chicago-based underground record producer Steve Albini, contribute travel guide-appropriate lists of where they’d take Bourdain to eat if he were still around.

Although World Travel looks and feels like a guide book, as Woolever herself acknowledges in the introduction it’s probably not the one you’d choose to throw in your backpack before setting off on a round-the-world adventure. For a start, the recommended hotels are the ones Bourdain slept at – which means they tend to be the sorts of places you’d only stay if a production company were picking up the tab. Instead, World Travel feels more like a “Best of Bourdain”, a place where his eloquently righteous fury over America’s war crimes in Southeast Asia (“Once you’ve been to Cambodia, you’ll never stop wanting to beat Henry Kissinger to death with your bare hands”) can sit side-by-side with his gleefully scatological description of cheese-induced constipation in the French Alps. (“You’re going to have a big cannonball of crap lodged up your butt like a baby head. The size of a freaking baby head. You will understand the agony of delivery.”)

The hope, says Woolever, is that the book can be a source of inspiration, entertainment and education much as Bourdain’s television shows have been for the past two decades. “I think this book can be used and consumed in different ways, depending on how you live and how much you travel,” she says. “If you’ve been to a lot of these places, it can be really fun in this period where we’re not really travelling to see your experience reflected back through Tony’s perspective. It’s also a book for people who don’t travel and maybe can’t travel. There’s a lot to be gleaned from this book in the same way that you might consume the TV shows, but it’s a slower, more contemplative process. Tony was such a great writer, and he spoke in these brilliant complete paragraphs. Sometimes watching it on TV, it goes so quickly you want to go back: ‘What did he just say?’ This is a chance to really dig into that beautiful voice of his.”

The book will also appeal, of course, to those excitedly waiting for the world to open up again. After a year in which international travel almost ground to a complete halt, Woolever says the guide could be a “really good jumping off point for making plans”. Travel and food and drink businesses linked to tourism have been hit particularly hard by the pandemic, and while there are now encouraging signs of widespread vaccinations and international borders opening up there are also many who fear the effect that a return to pre-pandemic levels of international travel will have on the environment. “I think travel is going to feel more precious,” says Woolever. “When travel was so accessible and everyone was doing it, it became a social media competition: ‘Oh, I was in Japan last week, and now I’m in the Philippines.’ I think some of that will slow down. We all have a responsibility to leave a lighter footprint and to not just consume mindlessly for consumption’s sake, but I do think there are ways to reconcile being mindful with still getting to see as much of the world as possible.”

Woolever is currently putting the finishing touches to her next book, which also concerns her former boss. Bourdain: The Oral Biography, set to be published this October, will feature Woolever’s interviews with Bourdain’s brother and late mother as well as friends like the chefs Eric Ripert, José Andrés and Nigella Lawson and the comedian W Kamau Bell. “I did about 100 interviews with people from all aspects of his life,” says Woolever. “I thought I knew this guy inside and out, but every single interview taught me something new and surprising about Tony.”

Although she spent the better part of a decade in daily correspondence with Bourdain, whom she remembers as having a legendary capacity for both generosity and crankiness, Woolever still says she gained a new perspective on him from the painstaking process of sifting through his recorded work to put together World Travel. “I think there are things that are almost impossible to define that you learn about somebody just by rereading all of those television transcripts and watching the shows,” she says. “There are things that maybe seemed like shtick that I think ended up being more true than I realised, like his joking weariness about travel. Tony was a very public person in a lot of ways, and he shared his sense of humour and his intellect so well, but when you go back I think there’s a more contemplative way to read him.”

That sense of thoughtfulness – on both Bourdain and Woolever’s parts – runs through World Travel like a red cord. It’s a guide book that can’t help but inspire – whether that’s to set off on your own free-wheeling adventure across the globe or just to spend a weekend streaming Bourdain’s favourite movies is left to the reader’s discretion.

‘World Travel: An Irreverent Guide’ is available from 20 April

Zoë Wanamaker: ‘Of course women should be the centre of attention’

Soap or not? Pros and cons of using bar soap for cleansing your face

Soap or not? Pros and cons of using bar soap for cleansing your face