Did US police donate to Kyle Rittenhouse’s defense fund?

TEEN Kyle Rittenhouse is accused of opening fire on protesters with an AR-15-style rifle, killing two people, and wounding a third.

The fatal shooting took place in Kenosha, Wisconsin, in August of 2020.

Did US police donate to Kyle Rittenhouse’s defense fund?

A donation for $25 associated with the official email address for Sergeant William Kelly of the Norfolk (Virginia) Police Department was made to Kyle Rittenhouse‘s defense fund, according to The Guardian.

The donation was made anonymously, the outlet reported.

“God bless. Thank you for your courage. Keep your head up. You’ve done nothing wrong,” read a comment that went with the donation.

“Every rank and file police officer supports you. Don’t be discouraged by actions of the political class of law enforcement leadership.”

Kelly serves as the executive officer of internal affairs in the department, according to The Guardian.

The outlet reported that a “data breach at a Christian crowdfunding website” identified police officers and public officials who have given money to the cause of accused murderers, far-right activists, and others.

Kelly has been with the Norfolk Police Department for 18 years, according to his LinkedIn page.

Norfolk Police Chief Larry Boone said Kelly was reassigned to another division pending an investigation, according to WAVY.

“The Norfolk Police Department’s vision is to provide a safe environment for communities, businesses, and visitors to the City of Norfolk,” Boone wrote in a statement, according to the TV station.

“We value Service, Honor, Integrity, Equality, and Leadership. In the face of civil unrest and social injustices, we maintain this standard and focus when serving the citizens of Norfolk through policing services and authentic community engagement.

“As the Chief of Police, I will continue to lead the women and men of this department to be accountable to our vision and values.

“I also empathetically recognize how recent events have heightened the fears of those we serve for themselves personally and for their love ones.

“The law enforcement profession is facing a difficult juncture as recent events have revealed the significance of courageous police leadership to hold officers accountable through due process who violate department policies.

“I am aware of the allegations leveraged against an officer of this department and have directed an administrative investigation to ensure department policies and procedures were not violated.”

When will Rittenhouse go on trial?

Rittenhouse’s trial was at one point scheduled to begin March 29, but both sides told a judge that they needed more time to prepare.

He also faces a misdemeanor count of being a minor in possession of a firearm.

Prosecutors say Rittenhouse traveled to Kenosha from his home in Antioch, Illinois, after a local militia posted an online message seeking help protecting businesses from protesters.

Kenosha was in the midst of several nights of protests after a white police officer shot Jacob Blake, who is black, in the back during a domestic disturbance.

The shooting left Blake paralyzed from the waist down. 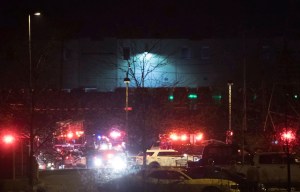 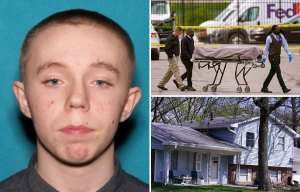 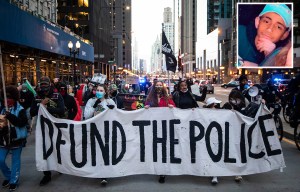 Rittenhouse, 17 at the time, opened fire on protesters Joseph Rosenbaum, Anthony Huber and Gaige Grosskreutz, according to authorities.

Rosenbaum and Huber were killed, and Grosskreutz was wounded but survived.

Rittenhouse has argued that he fired in self-defense.