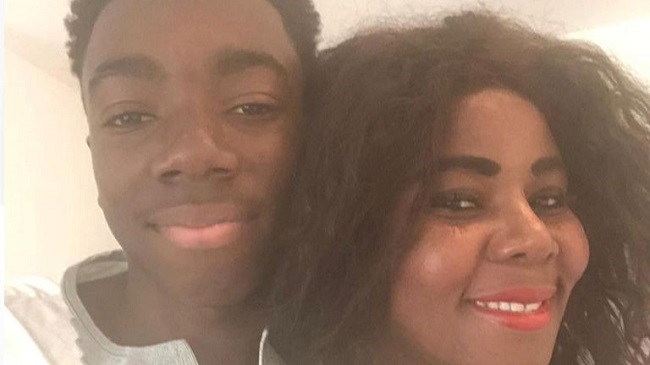 MOTHER of Richard Okorogheye whose body was found in a lake in Epping Forest has said her heart “feels as if it has been ripped apart,” adding that she is “completely hollow, devastated and empty” after police confirmed on Wednesday that the body found in Essex on Monday was that of her 19-year-old.

According to Sky News, Mr Okorogheye went missing after leaving his family home in the Ladbroke Grove area of West London on the evening of March 22. On Monday, the Metropolitan Police said they were informed by Essex Police that the body of a man was found in a lake in Epping Forest. Ms Evidence Joel said she had been to the site where her son’s body was found to lay flowers.

“At this moment of time, I just want answers as how my son lost his life. I want answers. I desperately need closure. It was a very uncomfortable place to be. I wouldn’t want to be there.

“My son that I know cannot walk into that darkness, no torch, no light. An hour and 30 minutes from where he was last seen. He must have guts to do that. He’s only 19. What could push him to go that far if he wasn’t meeting somebody?”

Mr Okorogheye was a student at Oxford Brookes University but had been shielding during the pandemic because he had sickle cell disease.

Ms Joel said he only left the house for hospital appointments.

The teenager’s death is being treated as unexplained and police do not believe at this stage that there was any third-party involvement.

Investigators are still looking at his computer and searching the forest for his shoes, phone and bag which were not with his body when it was found.

Ms Joel said she was “surprised” to hear that police believe no one else was involved.

“Something happened there. It’s too far for Richard to walk into that darkness alone. You can’t, it’s tedious, it’s darkness.

“So how did he get there? What happened? We don’t know. I feel something happened there.”

The cause of Mr Okorogheye’s death is pending while further investigations are carried out, however, police found no evidence of physical trauma or assault, detectives said. Ms Joel described her son as the “perfect child” and said she was “lucky” to be his mother.

Meanwhile, the chairman/CEO, Nigerians in Diaspora Commission (NIDCOM), Honourable Abike Dabiri-Erewa, has described the death of the 19-year-old as very sad and painful. In a statement signed by the Head of Media and Public Relations, Abdur-Rahman Balogun, in Abuja, on Thursday, Dabiri-Erewa said the circumstances of Richard’s sudden disappearance and eventual death was disturbing and heartbreaking