GABBY Thomas learns the truth about sick Kim Tate next week in Emmerdale.

The Queen of Home Farm – who is played by actress Claire King in the ITV soap – will collapse and discover she’s facing a horrifying medical battle.

Kim is unnerved when Jamie and Andrea turn up to tell her they’ve settled their divorce.

Jamie announces he’s given up Dale View so he can keep Millie close, but Kim struggles to understand his thought process.

Later, Jamie finds Gabby and Kim arguing about the loss of Dale View and storms out after sharing some harsh truths with the pair, leaving Kim to turn on Gabby.

A delirious Kim tries to kick Gabby out but as the door slams, she collapses to the floor and loses consciousness.

The following day, Lydia arrives and is shocked to find Kim lying lifeless on the floor.

When Kim finally opens her eyes, Lydia tells her she needs to see a doctor but Kim refuses.

Kim worries she could be seriously ill and looks something up on her laptop.

When Gabby calls round she knocks the laptop and reads what it says aloud, forcing Kim to come clean about her health concerns.

And will Gabby use Kim’s weakness to her advantage?

Viewers know that Kim manipulated Gabby into moving into Home Farm after Jamie urged the teenager to get rid of their baby – and quickly revealed her designs on her grandson.

But Emmerdale producer Sophie Roper has teased a war between pregnant Gabby and Kim as the teenager threatens her position at Home Farm.

She recently teased: “As Kim discovers a new heir to the throne, a fight for power will ensue.

“Gabby will find herself at the centre – will she succumb to the temptations and manipulation at Home Farm?”

Speaking to The Sun, actress Claire teased there’s a danger that Kim could create a monster in Gabby who takes everything from her. 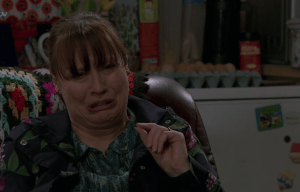 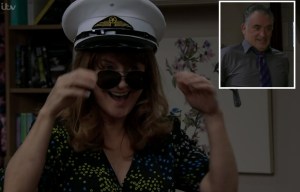 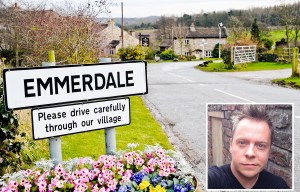 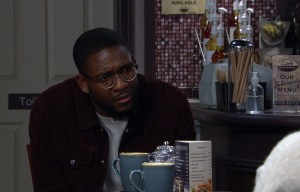 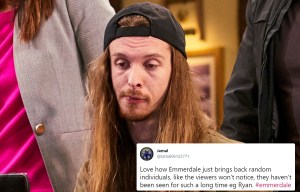 “She could take her place,” said Claire.

“This wouldn’t be the first time Kim has been booted out of Home Farm and had to move into the village and live a very humble life with everyone laughing at her.

“I could imagine it happening again – but Kim Tate always fights back.”