Gail will learn that Nick has done a runner with Leanne and Simon – who received death threats from drug dealer Harvey after reporting him to the police – without even telling her.

Viewers will see Gail despair after learning the news, but her mood quickly improves when Natasha asks her if she’d mind having Sam for a couple of hours.

Nick discovered he had a child with his ex Natasha last year after he bumped into her at the hospital while Oliver was receiving treatment for mitochondrial disease.

Nick was left suspicious after overhearing her talking to a doctor about her nine-year-old son.

After confronting her, Natasha eventually admitted that Sam was his son. 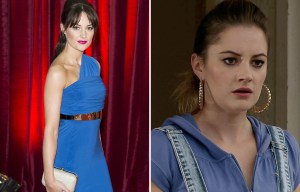 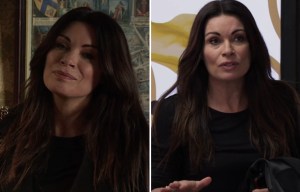 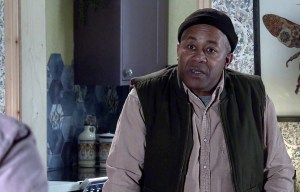 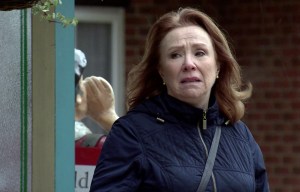 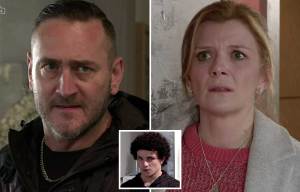 Natasha and Gail didn’t end on great terms when Natasha left Nick and the cobbles behind back in 2010.

A rollercoaster relationship with Nick saw her secretly have an abortion, before lying about the baby to keep Nick interested in her.

But when Gail discovered Natasha was lying, she banished her from their house and sent her packing.