CHANNEL 4 has been slammed for showing Couples Come Dine With Me and Flog It despite Prince Phillip’s death.

Viewers have lashed out at the TV giant for sticking to normal programming after the Duke of Edinburgh passed away on April 9 aged 99.

It came as other major TV broadcasters cancelled regular programming to pay tribute to Prince Phillip, who passed away “peacefully” at Windsor Castle.

Shows including Couples Come Dine With Me and Flog It continued to air throughout the day after the announcement was made.

“BBC One, BBC Two, ITV and Channel 5 all broadcasting that Prince Phillip has died – meanwhile, Channel 4 are still broadcasting Couple’s Come Dine With Me,” one man wrote.

Another chimed in: “The BBC has officially pulled TV for the rest of the day and will be on the News. Channel 4 have already returned to Flog it.”

“Channel 4 is disgusting and insensitive,” a third angry user wrote. “They have carried on with their usual programming of Find It, Fix It, Flog It instead of running segments on Prince Phillip’s death.”

While one woman said they were “saddened” by the broadcaster’s choice, adding it was if they were acting “like nothing happened”.

“Saddened by the lack of coverage so far on Channel 4 and that you’ve pretty much ignored it like nothing’s happened,” they said.

Another weighed in on the debate: “I notice channel 4 have decided to ignore the death of Prince Phillip… Hmmm.”

Not everyone was critical of the decision, as others stepped in to defend Channel 4’s choice to show Gogglebox and The Circle on Friday night.

“Channel 4 is fulfilling an important social need for many people that I’m sure we can appreciate more than ever right now,” one woman tweeted.

A second said: “Thank you for not having wall to wall coverage about Prince Philip. As sad as it is, we don’t need to watch hours and hours about it.”

Someone else wrote: “BBC and ITV both spending hours ‘honouring’ Prince Phillip while Channel 4 has the right idea and went straight back to Flog It.”

A fourth concluded: “Does it really matter if Channel 4 aren’t doing wall-to-wall coverage of Prince Philip? It’s not like you’re short of options.”

Announcing the Duke of Edinburgh’s death, a statement from Buckingham Palace said: “It is with deep sorrow that Her Majesty The Queen has announced the death of her beloved husband, His Royal Highness The Prince Philip, Duke of Edinburgh.

“His Royal Highness passed away peacefully this morning at Windsor Castle.

“Further announcements will made in due course. The Royal Family join with people around the world in mourning his loss.”

The Queen expressed her “deep sorrow” over the passing of her “beloved” husband, and shared a poignant photo of Philip in a heartfelt tribute to her “strength and guide”.

Just after midday, the Union Flag was lowered to half-mast outside Buckingham Palace and on public buildings across the UK as the world mourns his death.

Tributes have poured in from around the world for the hardest-working member of the Royal Family after seven decades of Royal service.

The royal passed away two months and one day short of what would have been his 100th birthday.

BBC radio stations immediately interrupted broadcasts with the news of his death and played the national anthem shortly after in a sign of respect.

Announcing the news, the official Royal Family website was replaced with a single page and heartfelt tribute to the Duke.

Prime Minister Boris Johnson paid tribute and said “he helped to steer the Royal Family and the monarchy so that it remains an institution indisputably vital to the balance and happiness of our national life.”

Speaking from a podium in Downing Street, Mr Johnson said: “He was an environmentalist, and a champion of the natural world long before it was fashionable. 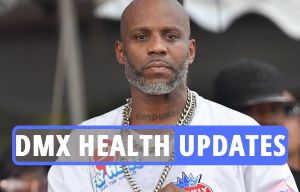 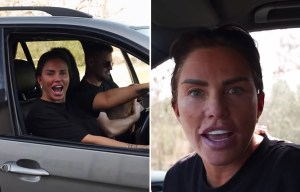 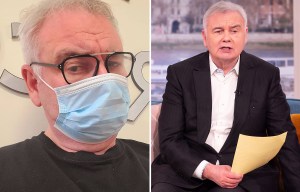 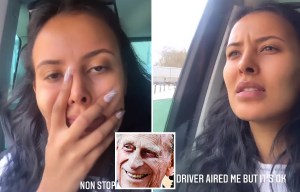 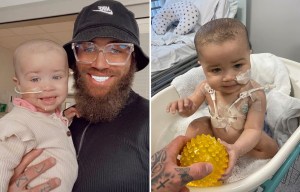 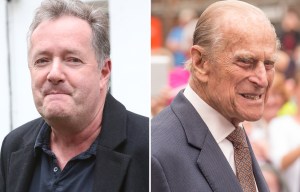 Many major outlets suspended regular programming in order to air tributes to the Duke of Edinburgh, including the BBC, ITV and Channel 5.

The BBC said in a statement: “With the sad news that HRH Prince Philip, The Duke of Edinburgh, has died, there is now special coverage across all BBC networks to mark his life of extraordinary public service and planned scheduling has been suspended.”