Biden, 78, gaffes AGAIN in landmark gun control speech as he twice calls federal agency the ‘AFT’ instead of the ATF

by admin
in FOOTBALL, News, Sports, US News, World News
0

PRESIDENT Joe Biden has gaffed again in a landmark speech on gun control as he twice referred to the Bureau of Alcohol, Tobacco, Firearms and Explosives as the ‘AFT’ instead of the ATF.

The 78-year-old  stumbled over the script of his speech on Thursday as he addressed gun control measures he wants to see passed.

“Today, I’m proud to nominate David Chipman to serve as the director of the AFT,” he said.

The president’s slip up once again sparked much derision from critics, most of whom did not acknowledge that Biden has battled with a stutter throughout his life.

Radio show host Tim Young tweeted: “If Biden can call the ATF the “AFT,” he’s not mentally sound enough to be signing ANY executive orders”.

The NRA responded with an emoji showing crying with laughter at his error.

Another person tweeted: “In @JoeBiden speak #AFT is short for “Augh Fck This.”

“@JoeBiden just nominated @davidchipman for the “AFT” this morning, so it looks like the ATF job is still open,” another Twitter user joked.

In December 2019, Biden revealed he has a stutter that’s given him difficulty throughout his life.

He opened up about his lifetime struggle with the speech impediment after being slammed by President Donald Trump’s former press secretary Sarah Huckabee Sanders.

Sanders criticized Biden after he made the stumble while discussing children who suffer from speech impediments.

Sanders quickly tweeted and deleted her comment, but not before it was heavily criticized by social media users and even Biden himself.

Biden hit back at Sanders for her comments on Twitter, saying: “I’ve worked my whole life to overcome a stutter. And it’s my great honor to mentor kids who have experienced the same.”

Biden was speaking at a White House ceremony on Thursday, where he described mass shootings in America as a “public health crisis” and declared “no amendment to the constitution is absolute”.

Biden confirmed several measures will be implemented through both executive and legislation action, with a focus on weapons after a spate of gun violence in the USA.

Addressing reporters in Washington, DC today, the president gave a speech about Gun Violence Prevention and the steps his administration was taking from the Rose Garden shortly before 12pm.

He was joined by Vice President Kamala Harris and Attorney General Merrick Garland when he announced that he wanted a national red flag law, background checks for gun owners, and closing dangerous loopholes.

Biden said he will work to help prevent community violence, have the DOJ issue write up the annual report of firearms trafficking, and also nomiated David Chipman to direct the Bureau of Alcohol, Tobacco and Firearms (ATF).

The news comes as:

The president started off by praising lawmakers “who are absolutely determined to get this done” but cautioned that country has “a long way to go.”

“Nothing I’m about to reccomend impinges on the Second Amendment and delcared that it was “bizarre” and a “phony argument” to suggest otherwise.

“You can’t yell fire in a crowded movie theater and call it free speech,” Biden said. “Gun violence in this country is an epidemic and it is an international embarassment.”

Biden lamented that so many Americans have experienced “when seconds change your life forever” during a mass shooting.

Biden said he had met many people who lost their husband, children or wives to the scourge, and understood what it was like “to bury a piece of your soul in the earth.”

“It takes a lot of courage to come to an event like this,” he added, acknowledging the parents of Daniel Barden, who was killed in the Sandy Hook shooting.

“Enough, enough, enough,” Biden said as he pointed out that in this country, 106 people lose their lives every day as a result of gun violence.

“I want to see these kits treated as firearms,” he said, explaining that this would require manufacturers to make serial numbers for these kits.

He reaffirmed that he was not trying to impinge on the Second Amendment – an argument gun rights groups have made, along with Republicans and some Democrats. 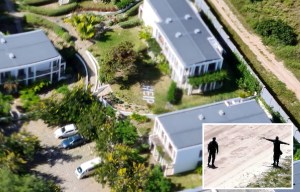 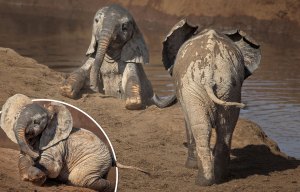 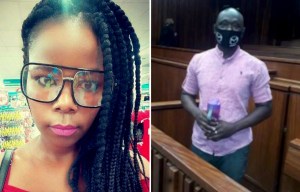 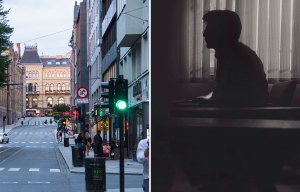 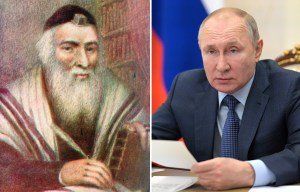 WAR YOU BELIEVE IT? 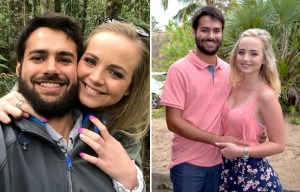 “Nothing I’m about to recommend in any way impinges on the Second Amendment. These are phony arguments, suggesting that these are second amendment rights at stake,” he said at the event in the Rose Garden.

“No amendment to the constitution is absolute,” Biden said. “From the very beginning you couldn’t own any weapon you wanted to own, and from the very beginning of the Second Amendment existed certain people weren’t allowed to have weapons. So the idea is just bizarre to suggest that some of the things we’re recommending are contrary to the Constitution.”

The orders outlined by Biden were the first of what was expected to be a series of actions by the Biden administration, which had faced increased pressure to tackle the issue in the wake of mass shootings in Atlanta and Boulder, Colorado.