AFCON over, time to focus on World Cup –Simon 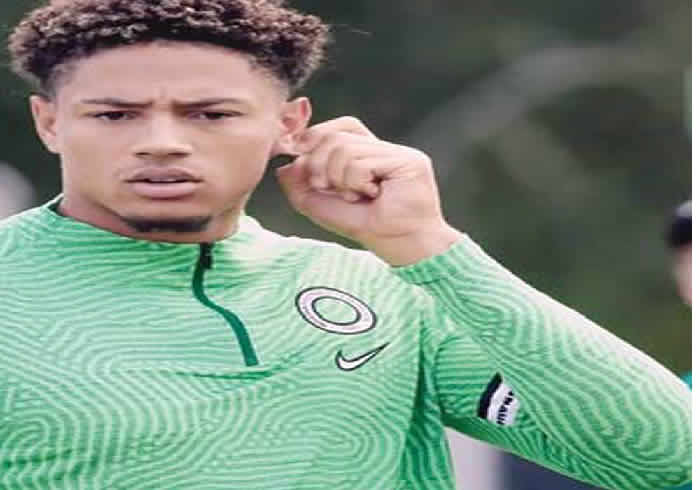 Former Super Eagles goalkeeper Dele Aiyenugba has advised Maduka Okoye to move on from the disappointment of Nigeria’s exit from the ongoing Africa Cup of Nations in Cameroon and focus on his career.

The Eagles crashed out of the competition after losing 1-0 to Tunisia on Sunday, with fans claiming Okoye was to blame for the defeat.

The ball hit the ground just before getting to Okoye, who could only parry into his own net, but Aiyenugba, who attended the AFCON in 2006, 2008 and 2010, says the mistake could happen to the best keepers in the world.

“That shot could beat any goalkeeper in the world if you’re not well placed. Even if it was an error from the keeper, you must have the ability to learn from the mistake,” Aiyenugba told PUNCH Sports Extra.’’

“As a footballer you get abuses and criticisms but you need to move past them.

“Anyone can make mistakes and most times we as goalkeepers pray that those mistakes don’t cost us games. If Nigeria had ended up winning the game, no one would talk about the error.’’

All rights reserved. This material, and other digital content on this website, may not be reproduced, published, broadcast, rewritten or redistributed in whole or in part without prior express written permission from PUNCH.

We use cookies on our website to give you the most relevant experience by remembering your preferences and repeat visits. By clicking “Accept”, you consent to the use of ALL the cookies.
Do not sell my personal information.
Cookie SettingsAccept
Manage consent

This website uses cookies to improve your experience while you navigate through the website. Out of these, the cookies that are categorized as necessary are stored on your browser as they are essential for the working of basic functionalities of the website. We also use third-party cookies that help us analyze and understand how you use this website. These cookies will be stored in your browser only with your consent. You also have the option to opt-out of these cookies. But opting out of some of these cookies may affect your browsing experience.
Necessary Always Enabled
Necessary cookies are absolutely essential for the website to function properly. These cookies ensure basic functionalities and security features of the website, anonymously.
Functional
Functional cookies help to perform certain functionalities like sharing the content of the website on social media platforms, collect feedbacks, and other third-party features.
Performance
Performance cookies are used to understand and analyze the key performance indexes of the website which helps in delivering a better user experience for the visitors.
Analytics
Analytical cookies are used to understand how visitors interact with the website. These cookies help provide information on metrics the number of visitors, bounce rate, traffic source, etc.
Advertisement
Advertisement cookies are used to provide visitors with relevant ads and marketing campaigns. These cookies track visitors across websites and collect information to provide customized ads.
Others
Other uncategorized cookies are those that are being analyzed and have not been classified into a category as yet.
SAVE & ACCEPT